Oberammergau Passion Plays with Innsbruck. 5 Nights from £1550 including flights from Manchester or Heathrow

1633 the Bavarian village of Oberammergau, ravaged by a pandemic, made a pledge to God. Now another pandemic has forced villagers to abandon their promise.

Nearly 400 years ago the history of the Passion Play began In 1633 the midst of the Thirty Years’ War, the bubonic plague raged in many parts of Europe and did not spare Oberammergau. After months of suffering and dying from the plague, the people of Oberammergau pledged to act out a play of the suffering, death and resurrection of our Lord, Jesus Christ once every 10 years, as long as no one was to die of the plague anymore. The villagers were answered by God and therefore in 1634 the first Passion Play took place.

The promise has been kept with the passion plays being performed every 10 years Until 2020 when another pandemic forced the villagers to abandon their pledge.

2020 the Passion Play had to be postponed for two years due to the corona-pandemic. The 42nd Oberammergau Passion Play will now take place from 14 May to 2 October 2022.

4 August Fly to Munich and Travel to Innsbruck

Nestled amidst majestic peaks, this breathtaking city offers a unique combination of nature, history, and culture. You can stroll its streets full of Baroque and Gothic architecture in the Old Town, or discover one of the hip districts such as Mariahilf or St. Nikolaus where Innsbruck’s uni students like to meet for a drink. After, you can take a cable car from the city centre, and in just 20 minutes, reach the Seegrub mountain at 2,000 m (6,562 ft). Here you can take in spectacular views of the Inn valley and the surrounding mountains.

The train has been whistling and steaming its way up the mountain for over 130 years. From Jenbach in the Inntal Valley to Lake Achensee it covers a distance of approximately 7 kilometres climbing over an elevation of 440 metres. The Achensee Steam Cog Railway  is the oldest of its kind in Europe and will start running again in May 2022.

Due to its wealth of fishing and hunting opportunities, Lake Achensee has always been of interest to sovereign rulers, like Emperor Maximilian I and Archduke Ferdinand II., who had luxurious boats made. When in the middle of the 19th century tourists discovered Lake Achensee, the owner of the lake, the Fiecht monastery, managed to get a shipping concession. Eventually they ordered a steam boat with a dockyard in Linz. The individual components were transported from Jenbach to Lake Achensee by horses, and the boat was assembled in Pertisau. In mid-June of 1887 the ship was christened St. Joseph.

When two years later the steam cog railway from Jenbach to Achensee opened, a second steam ship,  the “”St. Benedikt”, was launched.  The “Stella Maris”, purchased in 1911 and later renamed to “Stadt Innsbruck”, was the first diesel-powered vessel to sail on European inland waters.
Centuries ago the easy accessibility and the outstanding beauty of Lake Achensee, whose shores are bordered by the Karwendel and Rofan mountain ranges, attracted sovereign rulers from Tirol and their many court members. Later, famous scholars and artists chose the area time and again for their summer holidays.

6 August Journey to Oberammergau Area via Neuschwanstein and Linderhof Castles 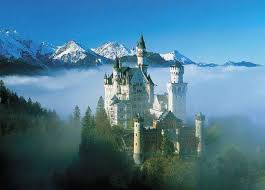 Spend the day in Oberammergau and enjoy the Passion Plays. Enjoy a morning in the quaint village of Oberammergau, taking in the local houses adorned with beautiful frescoes and wood carvings. Lunch will be taken in a local restaurant before a gongs sounds throughout the village to indicate the start of the play, which take up the rest of the day. 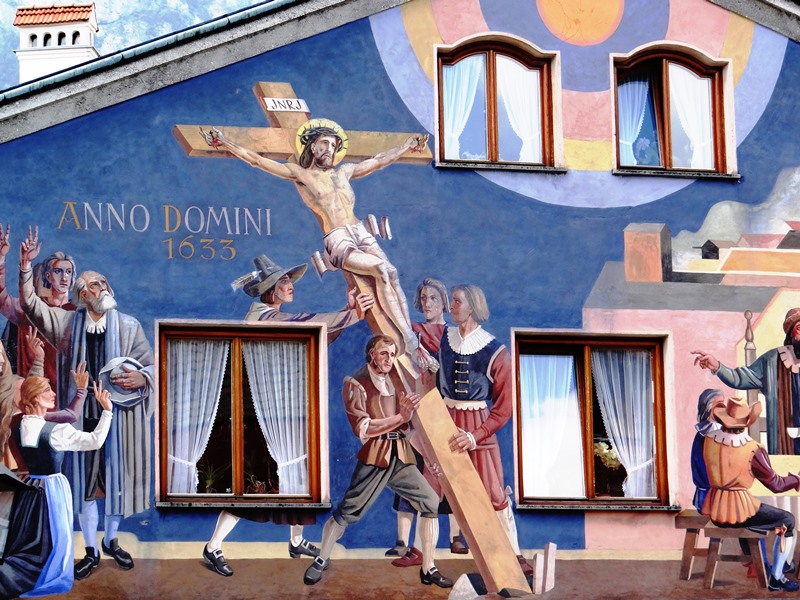 8 August Travel to Munich for your flight home.

Fly home or spend a night in Munich, Bavaria’s capital,  home to centuries-old buildings and numerous museums. The city is known for its annual Oktoberfest celebration and its beer halls, including the famed Hofbräuhaus, founded in 1589. In the Altstadt (Old Town), central Marienplatz square contains landmarks such as Neo-Gothic Neues Rathaus (town hall), with a popular glockenspiel show that chimes and reenacts stories from the 16th century.