Transfer to hotel in Amman. Dinner and overnight at
AMMAN Bristol Hotel, 4* premium for 3 Nights

Breakfast. Proceed to visit the Greco-Roman City of Jerash, also known as the City of the thousand columns. Jerash showcases the grandeur of Imperial Rome (and is sometimes referred to as the Pompeii of the East). It is considered one of the largest, and most well preserved sites of Roman architecture in the World outside Italy. As the most pristine Decapolis City (meaning ten cities in Greek) in the modern world, Jerash’s prosperity can be admired in the colonnaded main street and lovely Oval Piazza. Return to Amman. Dinner and overnight at hotel. 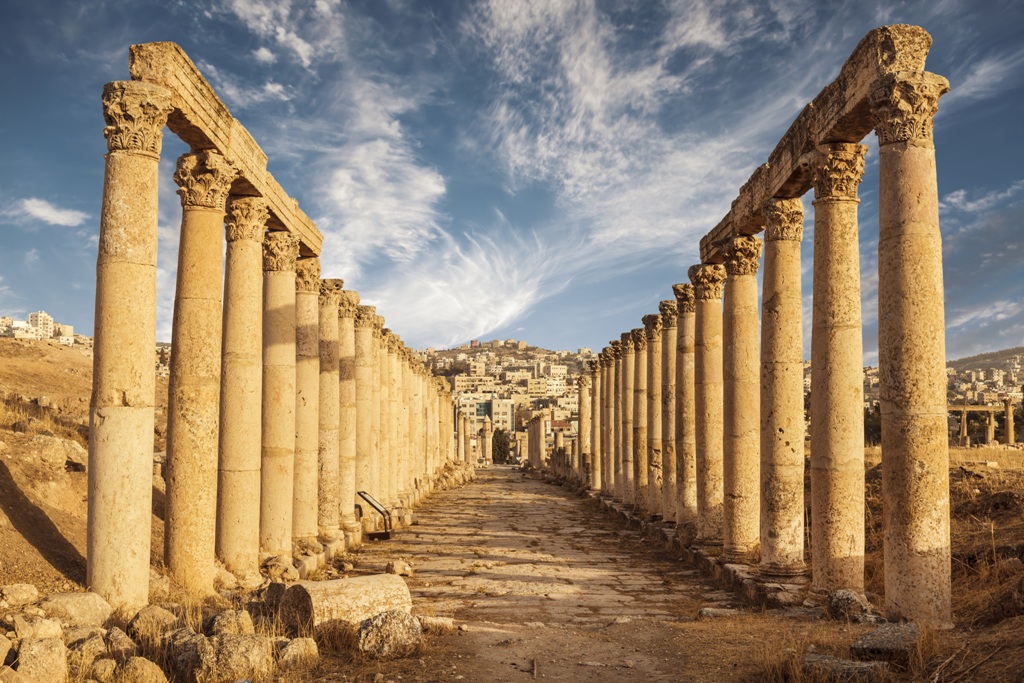 Breakfast. Transfer to the Desert Castles. Visit Al Kharaneh, Qasr Amra and Al Azraq castles. These were built by the Umayyads to serve as caravan stations and hunting lodges for travelers, where some of their walls and ﬂoors are adorned with frescos and fragments of mosaic. The closest is al Kharranah, which is about an hour’s drive from Amman. The next one is Amra Castle, which is a UNESCO World Heritage Site, and the last castle in the northeast located in the town of Azraq is Qasr Al Azraq, which served as the residence of Lawrence of Arabia during the Arab Revolt. Return to Amman. Dinner and overnight at hotel.

Breakfast. A whole day to explore the King’s highway, which was once part of the ancient Silk Road. Transfer to visit the Christian Town of Madaba “The City of Mosaics”. You will be visiting the St. George church with its mosaic map of the Holy Land from Byzantine times, and the Archaeological Park, which houses the remains of several Byzantine churches, including the amazing mosaics of the Church of the Virgin. The park complex includes a school for the restoration and conservation of ancient mosaics. Take a detour to visit the Monastery in Mount Nebo, . The Bible reports that Moses climbed up onto Mount Nebo, coming from the plains of Moab. On the mountain, God showed him “all the land” which was promised to his descendants. We will then move to Shobak to visit the massive Crusader’s fortress.

Continue to Petra (The City of the Nabateans). Dinner and overnight at
Petra Guest House 4* 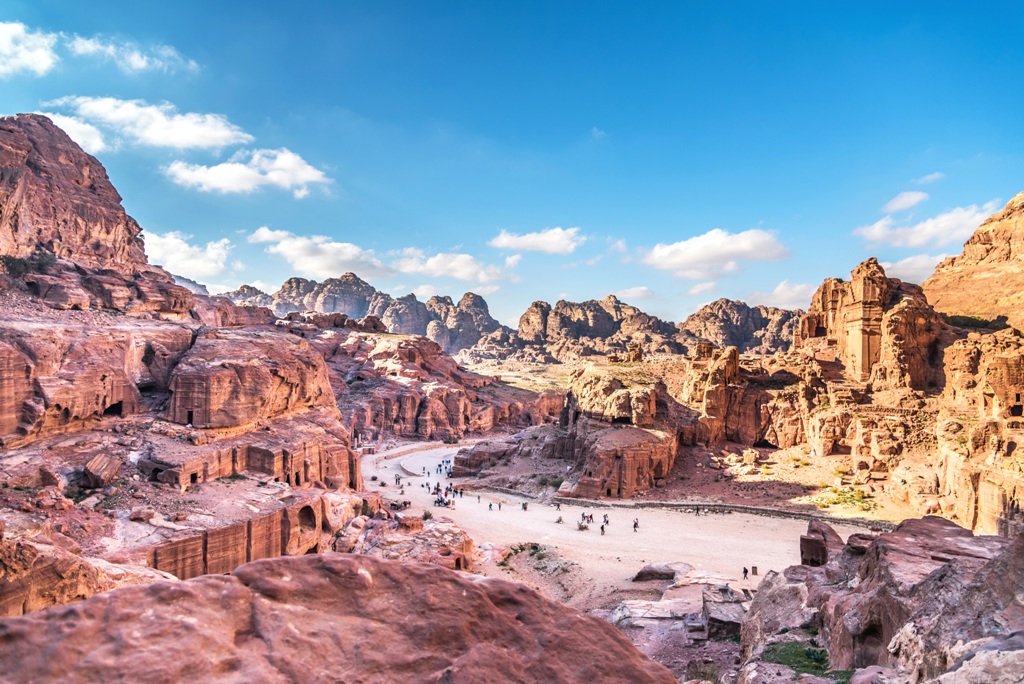 Breakfast. We will start our journey to explore Petra, aptly described as the “rose-red city, half as old as time”. The ancient city was founded by the Nabateans 2000 years ago. Its massive architectural structure and its multicolored stones are an incredible attraction. The visit of the ancient Nabatean capital starts on horseback, followed by a walk through the Siq, a long narrow fissure between two overhanging cliffs. Towards the end of the Siq, you will be spellbound by Petra’s most famous monument; the Treasury. The tour then proceeds to gradually unfold the mysteries of the city. Dinner and overnight at hotel. 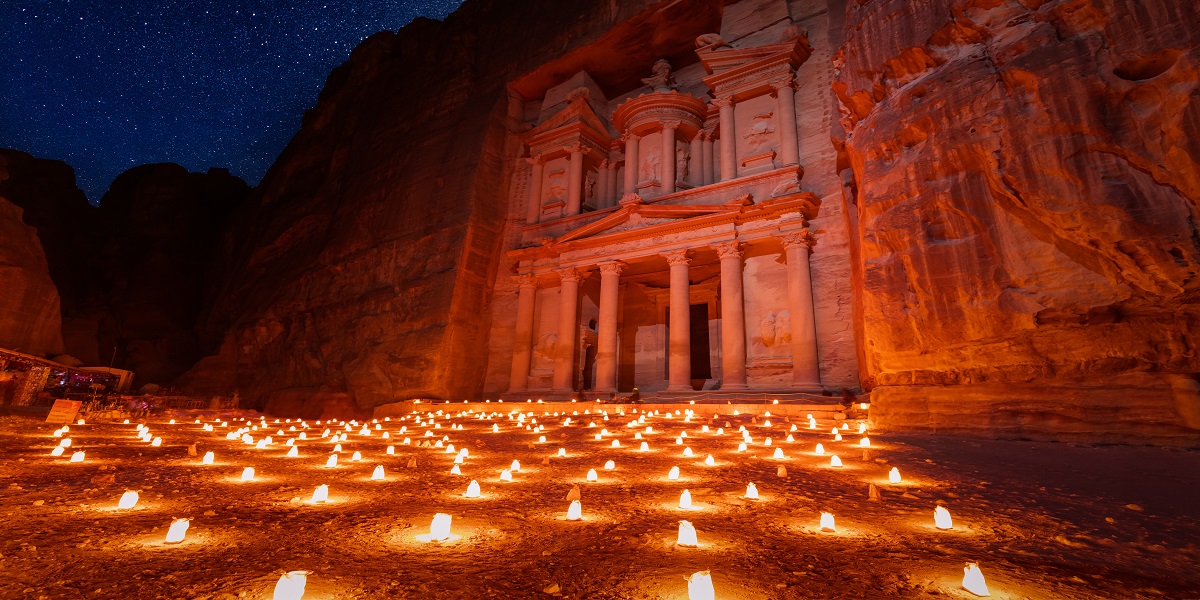 Breakfast. Free morning in Petra. Early afternoon transfer south to the enchanting desert of Wadi Rum, Jordan’s largest desert and one of the most spectacular desert landscapes in the world. Jeep Tour inside the Wadi. Enjoy the view while drinking a cup of traditional Bedouin tea and transfer to the campsite inside the desert. Typical Bedouin Dinner. .Dinner, Dinner and overnight at
4 star Mazayen  camp 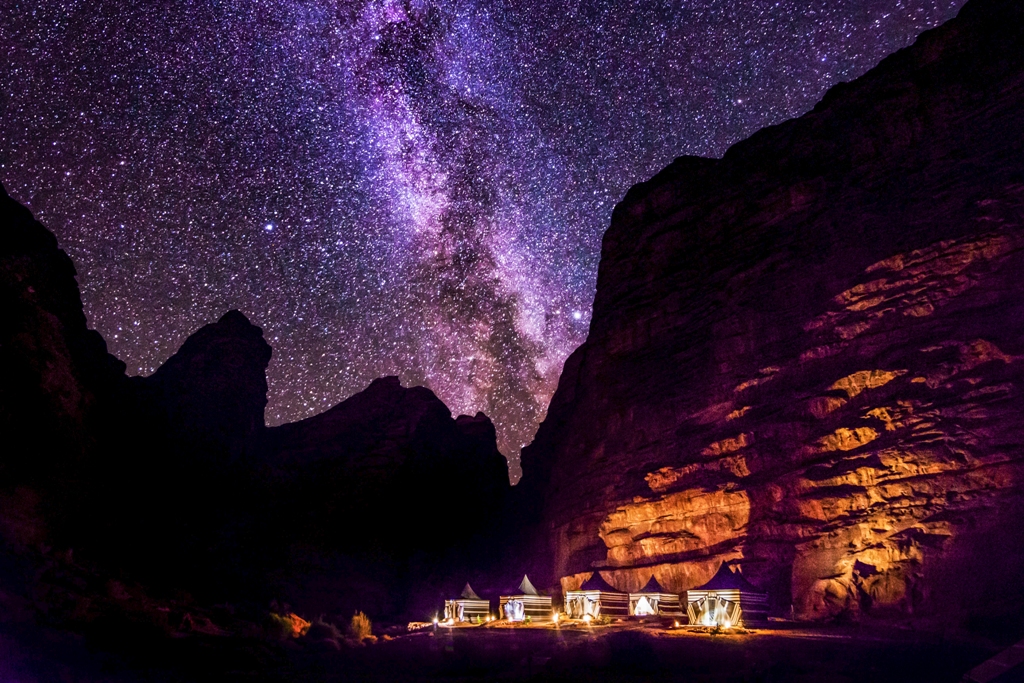 Breakfast. .Morning transfer to Aqaba. Check in at hotel and free day at leisure. Dinner and overnight at hotel. 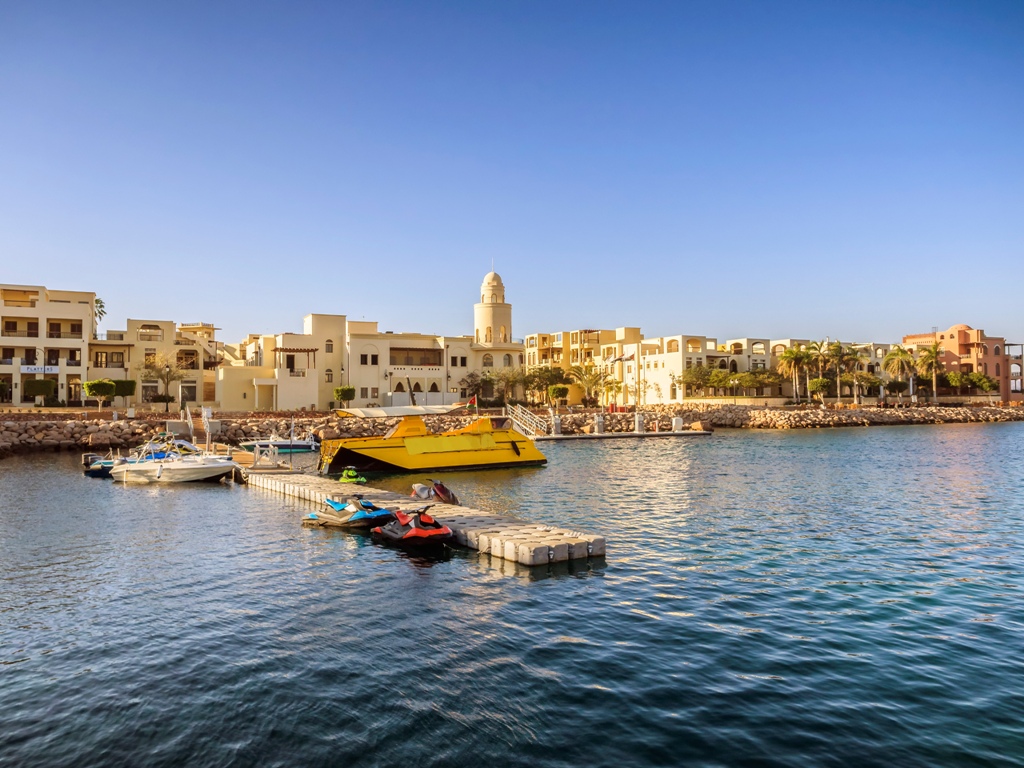 Breakfast. Free day at leisure in Aqaba. Those interested in Scuba Diving or snorkeling can enjoy the sport at one of the world’s most conserved coral reefs. Dinner and overnight at hotel.

Breakfast. Transfer to the Dead Sea, the lowest point on the surface of earth, for a swim in its warm salty water. Free time at leisure. Dinner and overnight at Holiday Inn 5 * 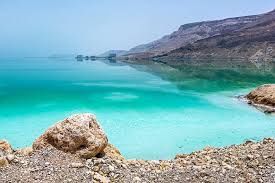 Breakfast. Transfer to the airport for departure.

AM Travel Solutions Ltd is a member of Protected Trust Services which means that we and our clients are 100% financially protected.